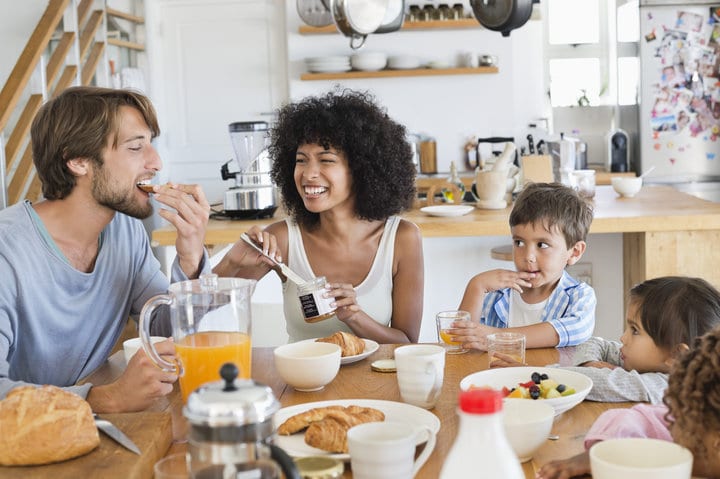 Last week, during her presentation, Dr. McIver reminded us that we should “eat breakfast like a king, lunch like a prince, and dinner like a pauper.” Breakfast is an especially important meal because the body has “fasted” during the night. The brain’s basic fuel is glucose, and so regularly supplying it with a new source of energy is essential.

In 1995, the University of California hosted a group of psychologists, neuroscientists, nutritionists and physiologists to review the scientific research on breakfast. They concluded that the “eating of breakfast is important in learning, memory, and physical well-being in both children and adults.” The classic, much quoted Alameda County Study found that those who ate breakfast almost every day or did not often eat between meals reported better physical health and lived longer than those who skipped breakfast or ate between meals.

A good breakfast is essential for maximum efficiency of the body and mind, especially during the later morning hours. Breakfast eaters are more efficient at problem solving, have increased verbal fluency, an improved attention span, better attitudes and scholastic scores. A recent study by Harvard psychologist Michael Murphy, included 4,000 elementary school children. Half ate breakfast, half did not. Those who ate breakfast had better scores on attention tests, and a verbal fluency test where they were asked to name all the animals they could think of in 60 seconds.

What kind of breakfast is the best? The answer is foods with a low glycemic index and glycemic load. The glycemic index is a measure of how quickly the carbohydrates in food are absorbed into our bodies and converted to fuel, and the glycemic load is an indicator of carbohydrate “quality”. When it comes to sustained brain power, Terrill Bravender, professor at Duke University, explains that food that is low on the glycemic scale — such as whole grains — are preferable. Even though a bowl of oatmeal and a bowl of sugary cereal may have the same number of carbohydrates, they have very different glycemic loads. Beans, lentils, almond milk, Greek yoghurt, berries, plums and oranges have an even lower glycemic load and work even better at supplying a steady, stable supply of good brain food.

Our diet is very important to our health. By choosing to make positive changes we can enjoy great health benefits.

Today’s take-away: Eat a hearty breakfast of foods that sustain you through the morning!